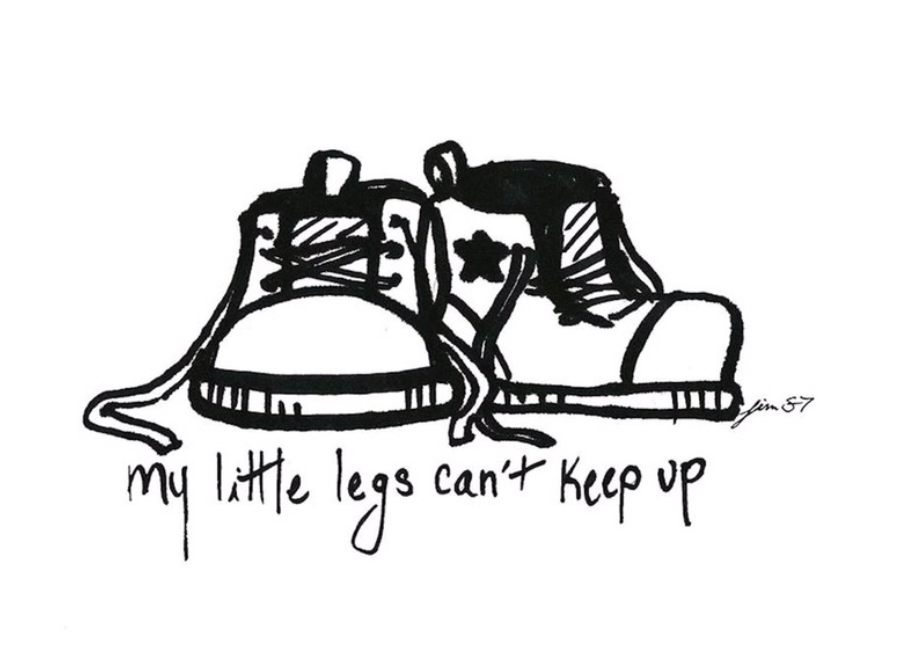 New York singer Rebecca Karpen released her latest EP My Little Legs Can’t Keep Up on July 30; with a self-confessed mix of Joni Mitchell and Tennessee Williams this EP will, to put it bluntly, give you the dreaded emotions. It consists of the thoughts and feelings of a teen over the space of twenty-eight minutes, owing much emotional depth to the vocal tone of Karpen and her baritone ukulele. I took a listen, and was surprised at what I heard.

The first track, Stop You’re Over Thinking It, sets up the tone of the EP with Rebecca’s signature instrument. It’s obvious from the get go that the song is going to be emotionally charged, but the rhythm took a hit because of it. It needed to be more steady as it was difficult to keep up. I loved the interesting chordal progressions in Temple in Athens. I also thought her falsetto showed promise, with most transitions towards her higher register fairly seemless.

Cragfast signalled a slight change in feel, with the use of a guitar instead of ukulele. In this track it was evident that Rebecca needs to work on her vocal support, her tone became unsteady as the progressed and as the lyrics became more emotional. Although, I did enjoy her choice to speak rather than sing some of the lyrics. This is a poignant choice that clearly shows her intuition in regard to conveying emotions and telling a narrative. I think the song itself could have used a simpler and more vulnerable beginning, providing more contrast to the rest of the piece.

The title track began with distant sounding instrumentation and vocals. An interesting choice which I’m sure was deliberately metaphorical in relation to the lyrics. I found that I preferred Rebecca’s tone in this because it was softer and more vulnerable; meaning it was easier for her to support her tone and keep it steady. From the content of this emotionally-charged song, you can immediately gather that this artist has great potential. If she applied her talent to songs that commented society, possibly mixing some political issues into the mix, I think she could be the next Bob Dylan. An icon for the masses to look to when ‘the system’ is in disarray. (As a side note, I also imagine Rebecca would be excellent at creating and performing Slam Poetry).

All in all, the EP needs a little work. However, there is an element of rawness to her performance that speaks to her song-writing ability. With some work on her vocals and a little more experience, I predict she could be one of the greats. I give the EP a 6/10.

You can listen to her music on Bandcamp and YouTube